Rhinoplasty, more popularly known as "nose contouring surgery", modifies the nose's shape and size. This delicately enhances your facial features without deforming your face. It typically lasts from 1 to 3 hours under general anesthesia, but sometimes it also uses local anesthesia and heavy sedation. Rhinoplasty can augment the nose; reduce its size; and modify the dorsum, nose tip, the width of the nostrils, the angle between the brow and nose, and the angle between nose and upper lip.

The following rhinoplasties CAN BE COMBINED to get the best effect.

Alar base reduction is a procedure for trimming the outer walls of the nostrils. 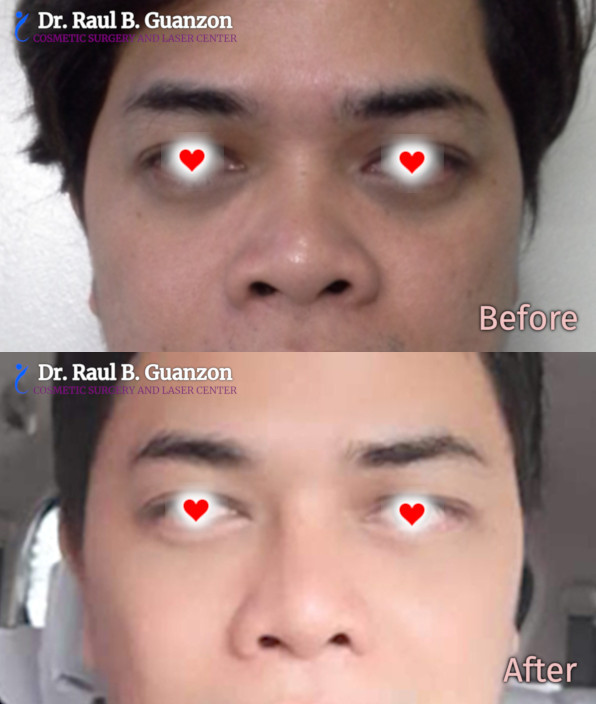 Before and after (top to bottom)

Also known as "alar rim excision", this uses an alar base approach to gain access to the nasal rim to reduce a bulky nostril. It can be combined with an alar base reduction procedure for a better reduction of the ala.

A procedure which reshapes the nose by adding height to the nasal dorsum with a silicone or Gore-Tex implant.

A procedure which involves changing the nasal tip by reduction, treatment, or mere refinement. This is usually done for large, square, bulbous, upturned, or sagging nasal tips.